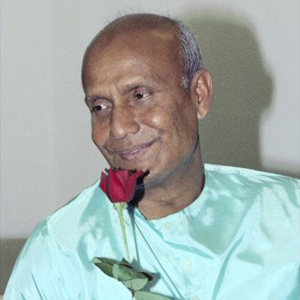 Dear listeners, today we dedicate this post to Venu, our dear brother from San Francisco, who passed away two days ago, July 11, 2013.

I had the privilege of knowing Venu personally, and singing in his singing group from 1990 to 1993. Venu was a special person, always striving to transcend himself, challenging his own capacities. He was always training hard, whether running, swimming or cycling. His intensity was legendary, but also his kindness, sweetness and candour.

This is a recording of a performance by Venu’s Group, almost a year after Sri Chinmoy’s Mahasamadhi (Oct. 11, 2007). It is a special performance because it is a performance of Sri Chinmoy’s longest song, Dyulok Chariye, which has more than 200 lines. It is a poem that Sri Chinmoy composed in the 1940’s, while living in the Sri Aurobindo Ashram in Pondicherry, India.

We hope you enjoy this performance by Venu’s Group.