Some selected music groups of the Sri Chinmoy Centre.

A female vocal and instrumental group from Central Europe, Agnikana’s group have a very soulful, ethereal sound that is very popular with concert audiences. View recordings »

Vocals and instrumentals from the UK and Ireland. As well as four albums, they have also produced a very popular recording of meditation mantras for beginners. View recordings »

Founded in 1992 by Arthada Platzgummer from Vienna and including members from Austria, this group arrange Sri Chinmoy’s music on a variety of Eastern and Western instruments performed in 18 European countries. View recordings »

A music group formed in 1998 in Novi Sad, Serbia. The female group have recorded three albums and performed in many venues across the world. View recordings >>

Gandharva Loka Orchestra are an ensemble of around 100 musicians and singers. They have played during many Songs of the Soul Concerts around the world, including to a televised audience of 5 million in Dhaka, Bangladesh.

Heart-Dawn is an instrumental and vocal ensemble which performs soulful arrangements featuring harmonium, glockenspiel, guitar and cymbals. These songs bring peace and happiness to your heart and soul. View recordings 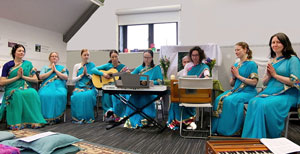 Infinity’s Sky is an all-female group of musicians who perform the music of Sri Chinmoy. Based in London, they regularly perform concerts of music to the general public. View recordings

Mountain Silence are a female group of musicians from Germany, Austria and Switzerland. Among their notable albums is a recording of Sri Chinmoy’s songs dedicated to the Christ; they have also played at many churches across Europe. View recordings »

A group of female international singers, who specialise in singing acapella the songs of Sri Chinmoy. They have performed in numerous Songs of the Soul concerts around the world. View Recordings >>

The Pavaka Ensemble is a Montreal-based vocal and instrumental group that has been performing since 1995 in Canada, the US, Europe and Russia. The melodies are arranged by Pavaka Ritchot on guitar, usually giving the songs a more Western flair. View recordings » Ranjit and Unmesh are two brothers who have been disciples of Sri Chinmoy since the early 1970s. They perform the music of Sri Chinmoy and other devotional composers, in a traditional Indian style. View recordings >>

Sangit Surabhi is an all-female vocal and instrumental ensemble founded in 2007 based in Ottawa, Canada. They employ a range of instruments such as Celtic harp, flute, guitar and Indian tabla. View recordings

Sangit Tarangini is an international music group created by Spiritual Master Sri Chinmoy in the year 2003, when he gave it the name “Sangit Tarangini”, which means “sound ripples”. The group is a combination of musicians from different musical styles, including Jazz, Salsa, Devotional and Symphonic. View recordings Shindu was founded by Udasina Hansford from Bristol, England, and currently contains members from across the world. Their music is very soft and soothing, arranged with harmonium, violin, flute and glockenspiel. View recordings »

“Silence and Sound” is a vocal-instrumental duet from Kiev, Ukraine, that makes arrangements of and perform exclusively the songs of Maestro Sri Chinmoy. For more than 13 years “Silence and Sound” have performed about 950 concerts in different countries and produced six albums. View recordings »

Vedic Fire is an all male vocal group who sing the mantric songs of Sri Chinmoy. This group often sings ancient Sanskrit mantras which have been set to music by Sri Chinmoy. The haunting singing is often accompanied with the use of a harmonium drone View recordings » 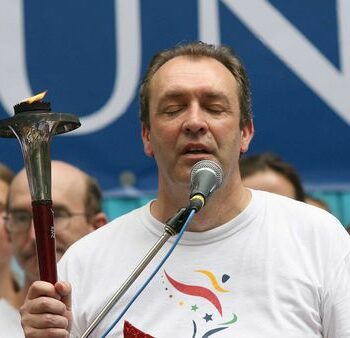 Adarsha Kelly lives in Glasgow, Scotland where he runs the Sri Chinmoy Centre. He is an accomplished solo singer with a deep haunting voice, which captures the soulfulness and power of Sri Chinmoy’s compositions. View: Adarsha recordings

Groups with one album