In this recording, T. Bayasgalan gives a performance of Sri Chinmoy‘s song, “Ami Chinmoy Mangalamoy“. The recording is in honor of the first Anniversary of Sri Chinmoy’s Mahasamadhi. 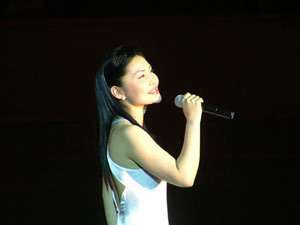 Here are some notes from Deeldar Sedjav as to how this performance by T. Bayasgalan came about:

“It was a unique experience – participation of Bayasgalan in the concert, dedicated to the first anniversary of Sri Chinmoy’s last public concert in St.Petersburg, Russia.

We are grateful to T. Bayasgalan and to all of Sri Chinmoy’s students in Mongolia, and especially to Ariunaa, for this soulful and illumining offering.