This is an audio recording from 1997 featuring one of the interviews between Father Tom and Sri Chinmoy. The interview touches on topics, such as the nature of Hinduism, the soul and how to live a spiritual life. Father Tom also asks about Sri Chinmoy’s meetings with Pope John Paul II and Mikhail Gorbachev. 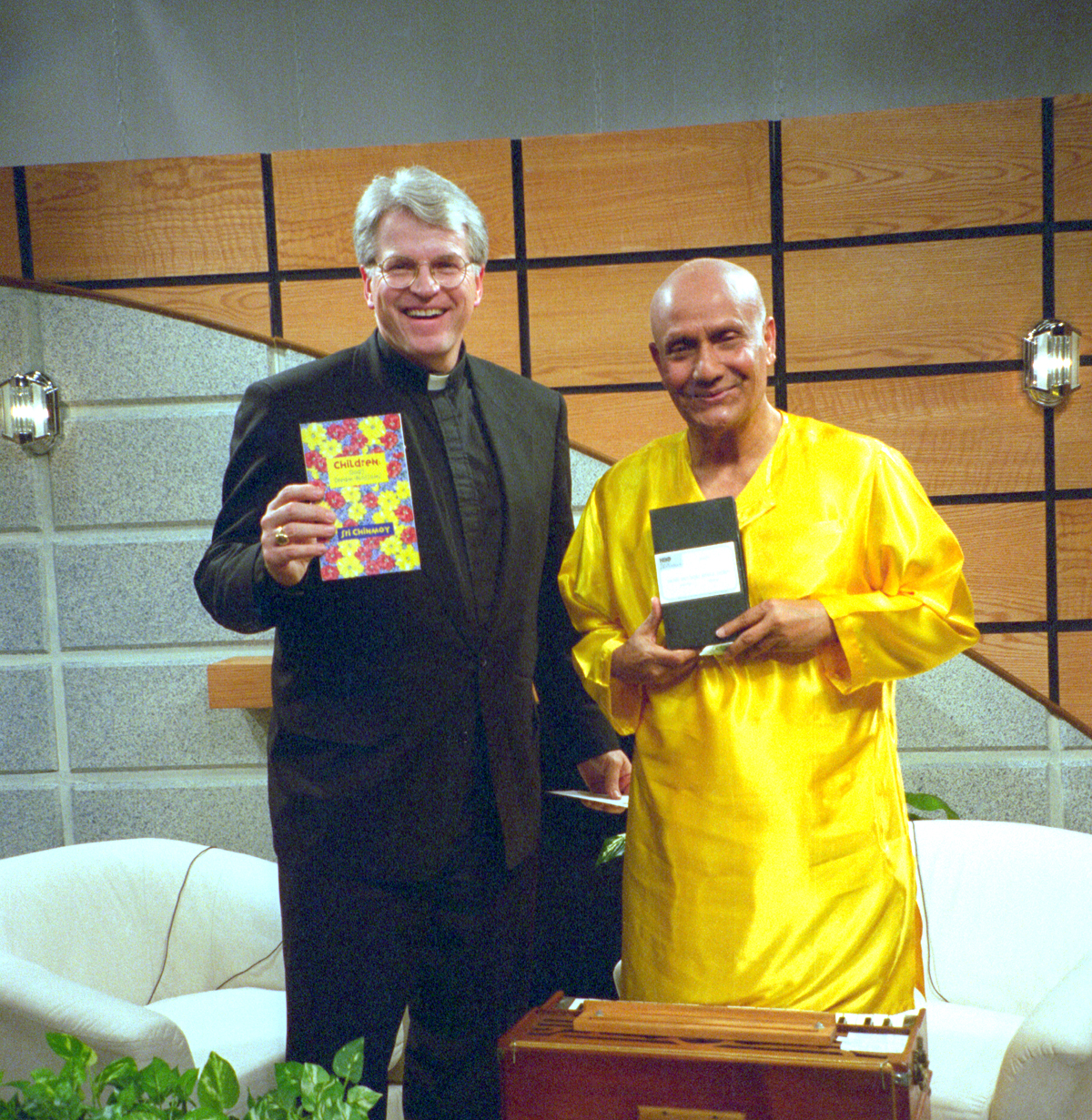 Monsignor Thomas Hartman was director of radio and television of the Diocese of Rockville Centre. This programme originally appeared on this cable TV program called: ‘Father Tom and Religious Leaders’ on Telicare, based in Rockville Centre, on February 27th, 1997.

Msgr. Thomas Hartman was a Roman Catholic priest from Long Island who recently passed away and was widely regarded for his humility, spirituality and kindness. He also became well known for his partnership with Rabbi Marc Gellman – The two were known affectionately as the ‘God-Squad’ and produced a long-running show on religion. At the TV studio with Monsignor Hartman in 1997.

Meetings with Father Tom were always very special. They resembled friendship and spirituality for everyone who were present with Sri Chinmoy. Here are some of the precious moments captured in photos: Photo from The Sri Chinmoy Tennis Classic from October 27th in 1987. Father Tom won 2nd place after Rev. Dunphy-Linnartz. It was a special tennis tournament for rabbis, priests and ministers. At Sri Chinmoy’s 60th birthday dinner in New York among many other friends. (1991, September 11th) Monsignor Tomas Hartman and Rabbi Marc Gellman “The God Squad” were lifted by Sri Chinmoy in May 2001 as part of the programme ‘Lifting up the World with a Oneness-Heart‘. After being lifted, Monsignor Hartman said that the act of lifting “defies the human law of this world because he has been touched by the supernatural law of the next world. He is for us a model.” Lifting up the World ceremony.