A recording of Sri Chinmoy playing the flute, marking his 30th anniversary of playing the instrument. This recording “My Journey to the Unknown” was performed on March 11th 2006 in Public School 117, New York.

First occasion of playing the flute 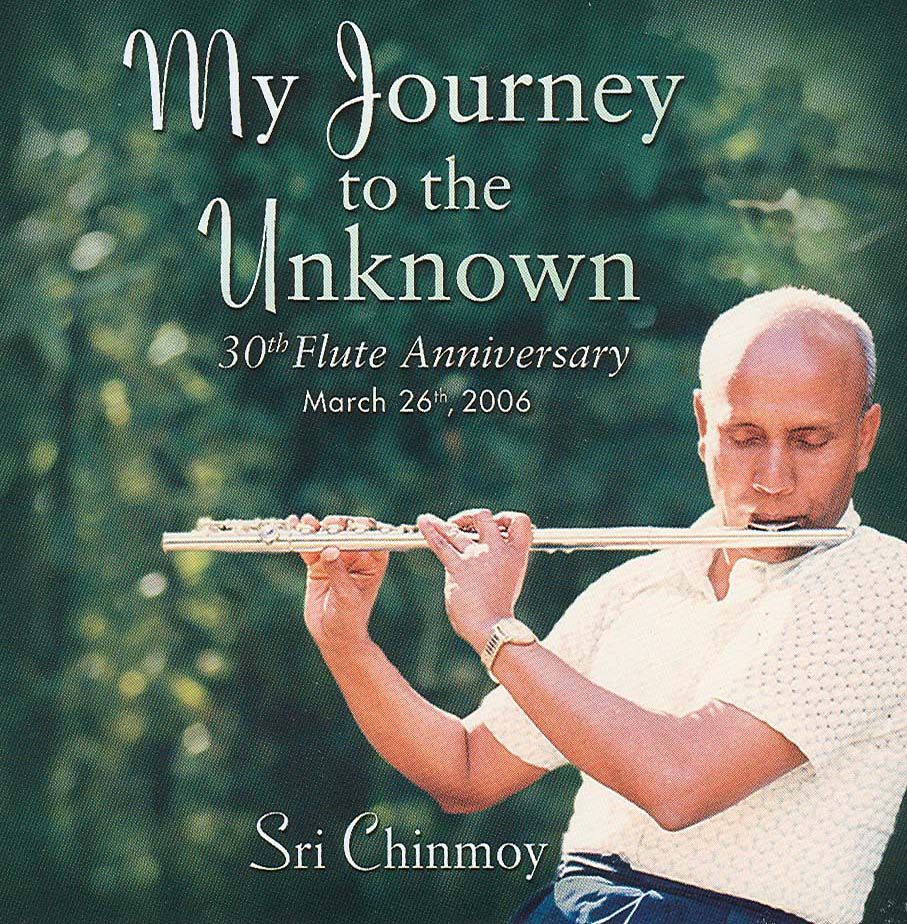 In 1976 Sri Chinmoy visited Australia for the first time. He gave lectures, offered brief concerts and met noted Australians. He crossed the continent, from Perth to Sydney, Canberra, Melbourne and Adelaide. While on the bus trip to a nature sanctuary near Melbourne, one of his students gave him first lesson in playing the Western flute. By the time the bus arrived, Sri Chinmoy was able to produce enough notes to play simple songs. He walked around the sanctuary playing his flute to the kangaroos and other animals. The date was March 10th, 1976.