Does God Exist? – a lecture by Sri Chinmoy

A talk by Sri Chinmoy on the subject ‘Does God Exist?’ The talk was given in North Idaho Junior College, Administration Building, Coeur d’Alene, Idaho, April 22, 1974: 7:30 p.m. It is one of the fifty talks by Sri Chinmoy in fifty universities recorded during 1974. 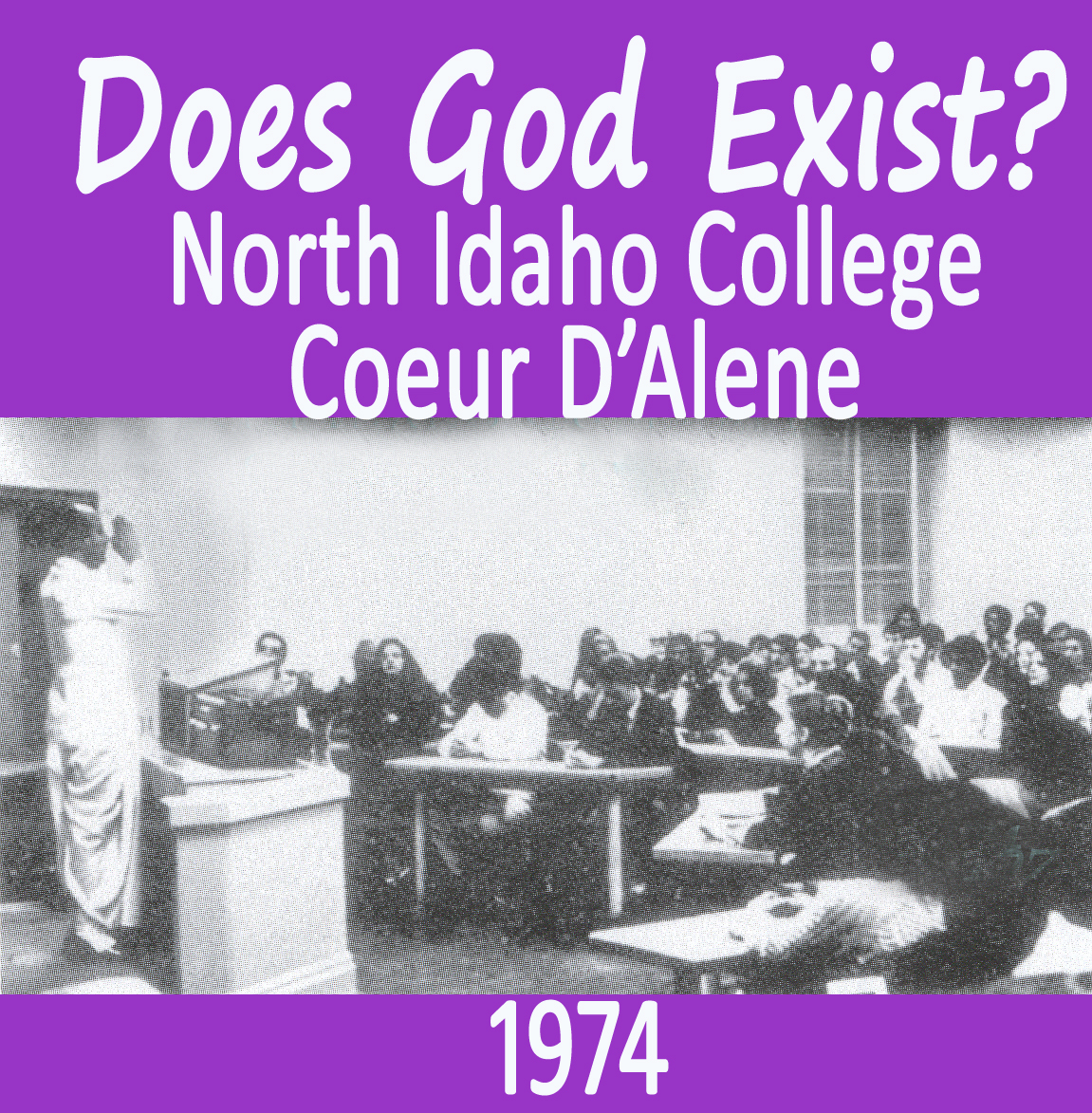 Ten years after his arrival in the West, Sri Chinmoy embarked on a fifty-state American lecture tour, giving talks on spirituality at colleges and universities across the U.S. The first state visited by him in this cross-country venture was Rhode Island and the first lecture, entitled Thought Waves, was offered at Manning Hall, Brown University in Providence, RI on January 9, 1974.

All the university talks given by Sri Chinmoy were published in three volume compilation entitled, The Oneness of the Eastern Heart and the Western Mind. Originally the lecture was published in Fifty Freedom-Boats To One Golden Shore, Part 4.

The week of April 17th through 24th was a very eventful time for Sri Chinmoy and his students from the West Coast Meditation Centres. During that week he gave talks in eleven Western states and met with the mayors of three cities. The week began late Wednesday morning as a group of students waited in Reno’s tiny airport for Sri Chinmoy’s noon-time arrival. Almost all the West Coast Centres were represented in this welcoming party: San Francisco, Los Angeles, Oregon, Santa Barbara and Phoenix. When his plane arrived, he went to the University of Nevada. His first West Coast talk was called “The Practical Reality,” – it was given to a quiet attentive audience in the University’s Center for Religion and Life. Within minutes after the talk and question and answer period, Sri Chinmoy was back in the car and on the way to the local television station, where he has a short interview to be shown at prime time on that evening’s news.

That was just the beginning of an intensive week-long tour of the West with busy days travelling many miles every day. The order in which Sri Chinmoy visited these states were: Oregon, Washington, Idaho, Montana, Colorado, Wyoming, Utah, Arizona and New Mexico.

During these travels, he also met with Mayor Warren Widener of Berkeley (18 April), Mayor Comstock of Palo Alto before his talk in the magnificent chapel of Stanford University with 500 people (19 April), Mayor Bradley of Tempe in Arizona (24 April).

After the Spokane lecture, Sri Chinmoy and his students took to the road and drove some 35 miles to Coeur d’Alene, Idaho, where he spoke at North Idaho State College.  The audience was receptive but unforthcoming in asking questions, and it was disciples who took advantage of the question period. Immediately after completing his talk in Coeur d’Alene, Sri Chinmoy was driven by car to Missoula, Montana, a drive of some six hours.