Find out more
about Inspiration-Sounds 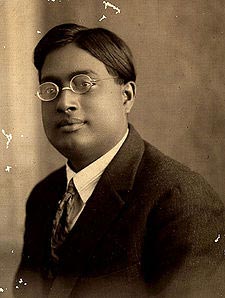 This week we feature stories on the life of the Indian physicist Satyen Bose. He was born in West Bengal in 1894 and is best known for his work on quantum mechanics, providing the foundation for the theory of the Bose-Einstein condensate. In this episode Sri Chinmoy recalls some of the significant moments in his life which demonstrate his wisdom, humility and determination.

Two Genius friends
Satyen Bose’s friend and guru was Albert Einstein. Once he wrote an article on physics and sent it to Einstein who recognizing the importance of the paper, translated it into German himself and submitted it on behalf of Bose for a prestigious publication.

Satyen Bose Solves the Problem
One day an eminent guest lecturer gave a talk to Satyen’s class, but it seemed that Satyen was himself asleep up the front.

Satyen Bose wants to Resign
Once Satyen’s students wanted to postpone an examination for no real reason except that they had been lazy, and they were sure that their kind hearted teacher would oblige them. But Bose instead taught them the power of conviction and determination.

Satyen Bose and the Biographer
A young man wished to have the privilege of writing Satyen’s biography. But Satyen strongly insisted “I am not a great man and I will never be a great man… Do something else that will bring glory to Mother India.”