In this recording, a group of Scottish musicians perform various songs of Sri Chinmoy. Part of the recording offers various classical arrangements of the song – Peace: God’s Beauty in His Oneness-Home.

The group is led by Adarsha, who been singing these meditative songs since the early 1970’s. Sri Chinmoy had boundless admiration for his soulful performances, and would often request him to sing at meditation gatherings, and during Sri Chinmoy’s own concerts of meditative music which he performed around the world. In 2001, he recorded a CD titled Singing the Songs of Self-Offering. 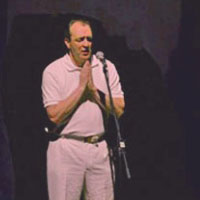 We have 12 other pages containing uploaded tracks by Adarsha. View all pages »