Premik and the Royal Philharmonic Orchestra

In this recording, international musician Premik Russell Tubbs performs, with the backing of London Philharmonic orchestra, an arrangement of ‘Alpa Kathar’ – a song composed by Sri Chinmoy. 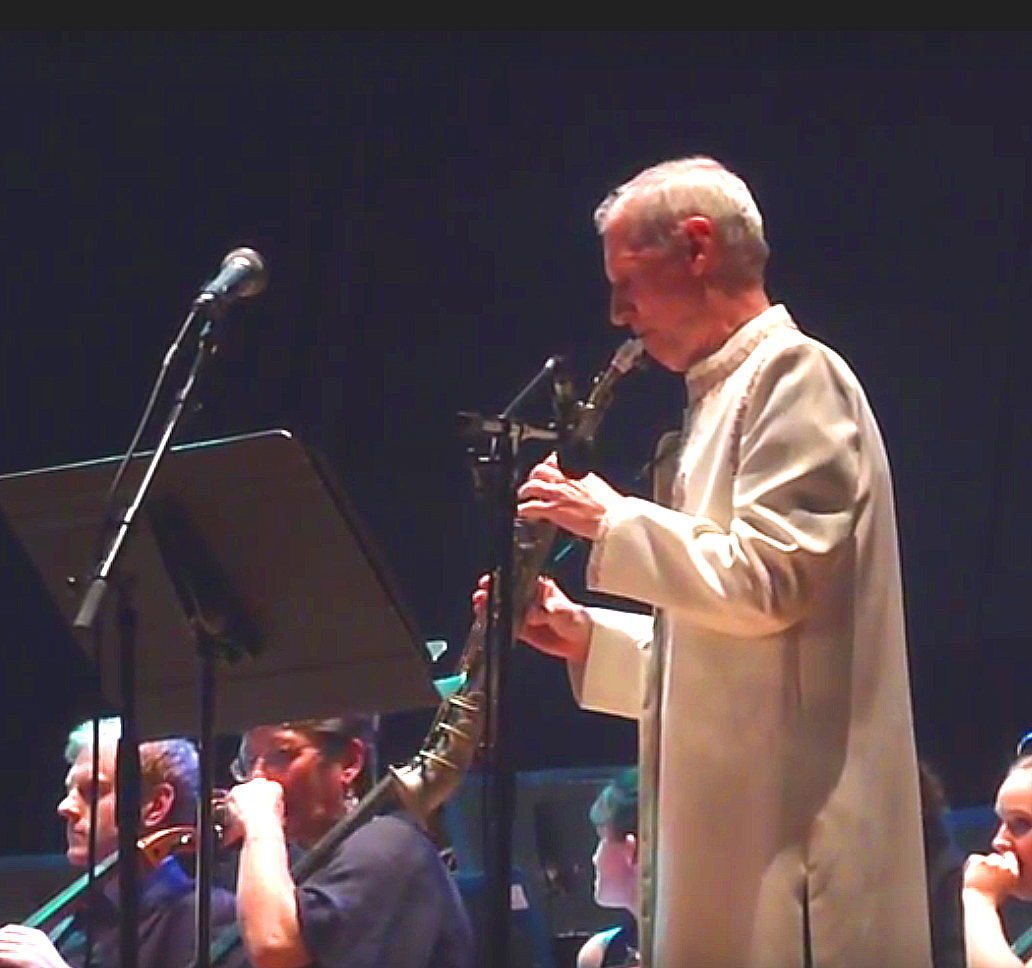 The performance was held in  April 2014 during an event called “Singing Oceans Alive Concert” – a concert for dolphins and whales, to raise funds to Save Earth’s Oceans. The concert took place at the Fairfield Halls, Croydon, London. This melody was composed by Sri Chinmoy in 1976 and orchestrated by Vapushtara Jongepier.

In 2014 Premik was invited to play in an April event, ‘Singing the Oceans Alive’, a charity concert organized by a foundation called Save Earth’s Oceans. They hired the Royal Philharmonic Orchestra to accompany various artists who were donating their time and performances. Premik chose Guru’s composition Alpa Kathar, previously arranged by a composer from Amsterdam and recorded from the Prague concert. Premik’s composer-friend was invited to rewrite the piece for the Royal Philharmonic’s 57-piece orchestra.

That’s how I got involved in this – and through February and March I was working on this project almost full time. In our orchestra there’s a lot of improvised percussion, but for a classical orchestra you have to write down every note which is played – with 57 voices there’s a lot to choose from. Fortunately I had the help of a London composer, Gabriel Currington, a friend of Sahadeva and Devashishu since childhood and our concert supervisor.

Together with my composition teacher from Holland I had two wonderful coaches who guided me through the complex process of composing, arranging and orchestration. Needless to say, hearing a professional orchestra play Guru’s melody was an amazing experience. Premik did a fantastic job and the orchestra performed Guru’s song beautifully. And writing the score of Sri Chinmoy’s melody for a big orchestra was a dream come true for me.

“The piece was excellent, thrilling even, very well orchestrated, and your playing was note perfect. An honor to work with you, my man.”