A soulful recitation from ‘Transcendence-Perfection’

A soulful music performance and poetry recitation by the group Earth-Bondage Liberation-Dream, under the direction of Satyajit. The poetry recited is from Transcendence-Perfection, one of Sri Chinmoy’s great poetry works. 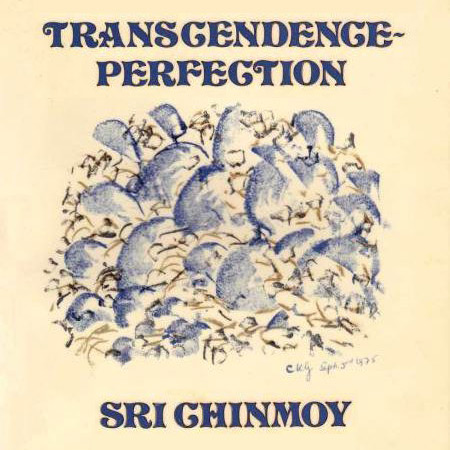 Transcendence-Perfection is a collection of 843 poems, originally composed by Sri Chinmoy in a 24-hour period on November 1st, 1975. 43 years later, on the 1st of November 2018, the New York Sri Chinmoy Centre marked this anniversary with an evening dedicated to the book. This performance is the contribution of Satyajit and his fellow musicians.

Editor’s preface to the first edition

“Using concentrative powers developed through meditation, Sri Chinmoy wrote the 843 poems in this volume in a 24-hour period — from midnight to midnight on November 1, 1975. This surpasses his previous record of 360 poems written in one day on April 28 of last year and published under the title The Goal Is Won.

When Sri Chinmoy endeavours to set new records of this kind, he does so out of childlike enthusiasm, for the pure joy of it. Also, such achievements become a means for inspiring humanity and demonstrating how much a human being is capable of when he invokes God to work in and through him.

Several of Sri Chinmoy’s disciples remained with the Master throughout the writing marathon, transcribing the poems from his handwritten notebooks or from his dictaphone. Others worked around the clock at the printing press, and the book in its final printed form was completed less than 24 hours after the volume was finished.”

We hope that the beauty, depth and height of these spiritual prayer-poems will serve the Supreme Reality which lives in the heart of every Truth-seeker and God-lover, as a self-giving and illumining gratitude-flower.