A collection of songs about self-transcendence and sport composed by Sri Chinmoy, and arranged by Premik. Vocals to the tracks are by Satisfaction-Cry and Lotus Groves.

Sri Chinmoy is unique among Spiritual Masters in his belief that sports – particularly running – is a perfect spiritual metaphor. The runner, sprinting to the goal, evokes the image of the spiritual seeker  whose burning aspiration is propelling him toward the supreme Goal. And the athlete’s one-pointed effort to surpass his previous achievements represents the aspirant’s eternal striving for the ever-greater spiritual perfection.

These songs inspires the listener to discover the inner road leading to self-perfection. Within each song the message of self-transcendence beckon-us.

“We run. We become. At every moment we are running to become great, sublime, divine and supreme. While we are becoming, we feel that we are in the process of reaching our ultimate Goal. But today’s Goal is only the starting point for tomorrow’s new dawn. At every moment we are transcending our previous achievements. We are transcending what we have and what we are. By virtue of our self-giving, we are becoming the Beauty, the Light and the Delight of our Beloved Supreme.” 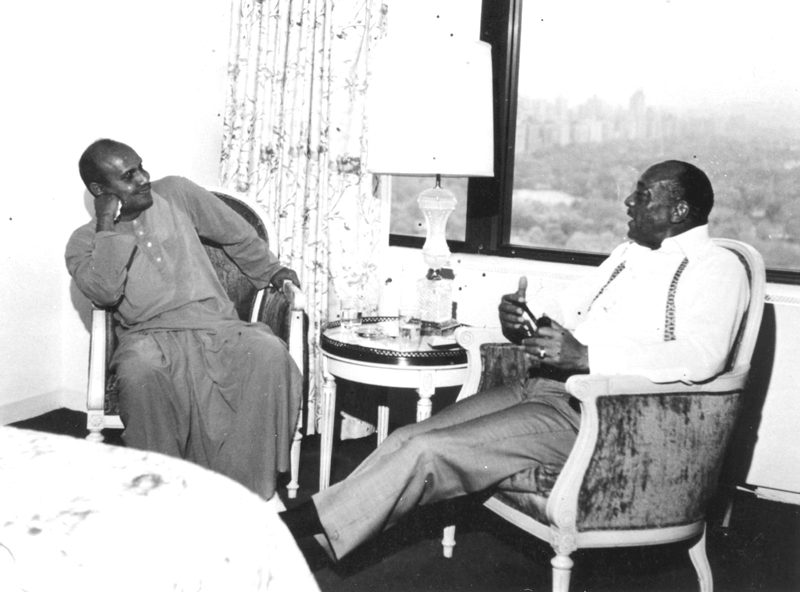 The champion inspires the world by virtue of his effort and success. 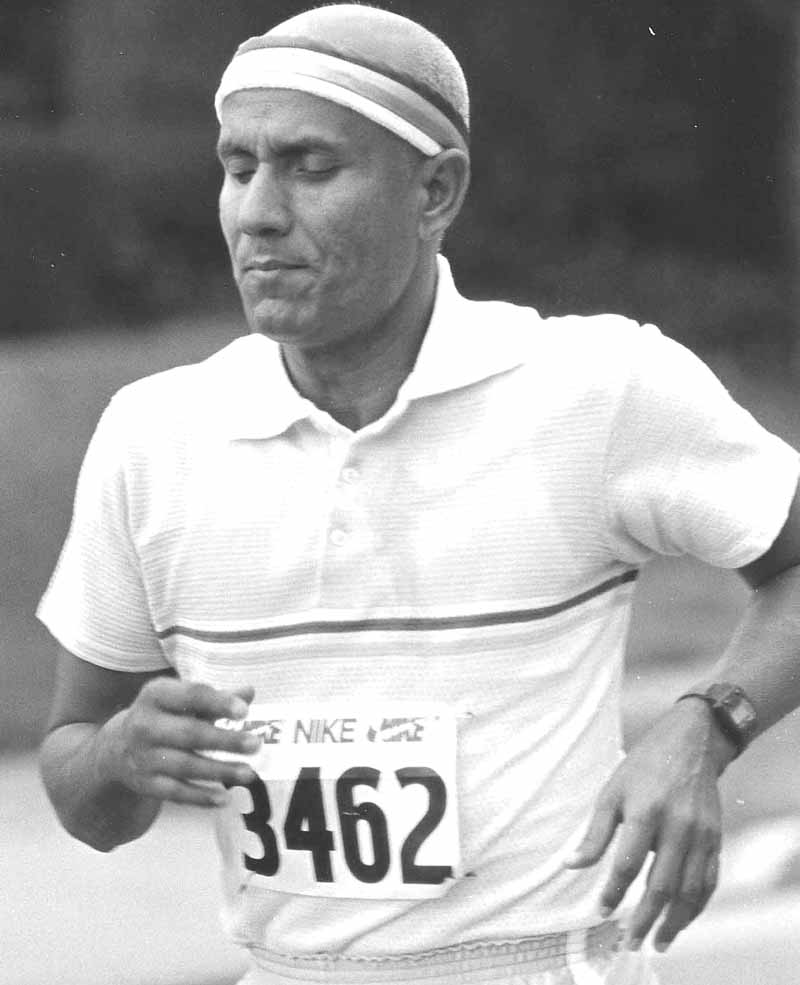 3 Marathon –  First performed for the opening ceremonies of the 1978 New York City Marathon. 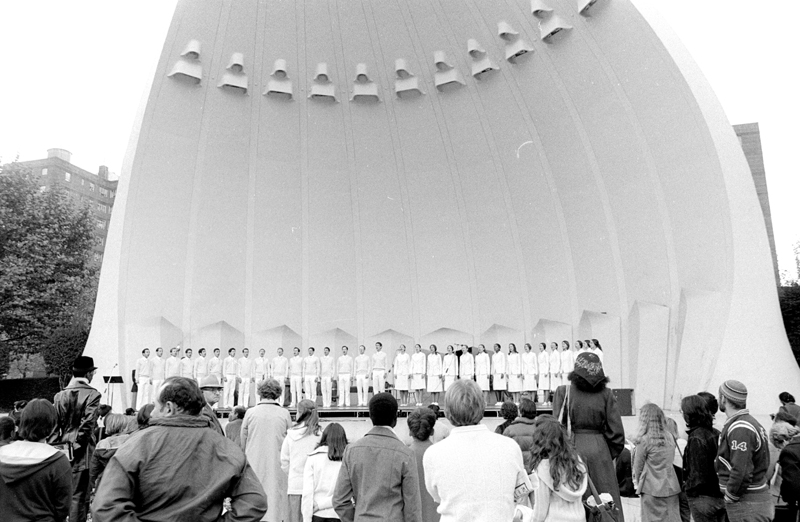 4 I am Running a Marathon

“Self pity, self doubt all gone.
The Golden Goal is beckoning me.
I am now Ecstasy flood Sea.”

‘We are all God’s children. One son of His has achieved something. The other one comes to soulfully congratulate him. This is the exchange of our light.“

6 My Record Will Go (quote by Bill Rodgers)
Bill Rodgers, four-time winner of both the Boston and New York Marathons, met with Sri Chinmoy in Boston in 1981.

“O grand me the green courage light.
I must win the Victory’s delight.” 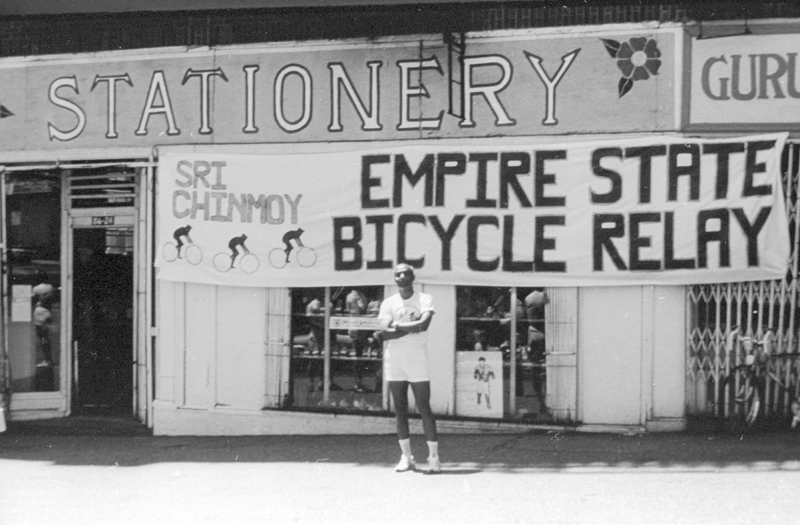 9 Carl Lewis
The friendship between this great athlete and Sri Chinmoy began in 1983 when Carl Lewis met Sri Chinmoy in Queens, New York. “His life of simplicity and serenity, and his life of promise for the perfect fulfillment of spiritual tasks has impressed me most,” said Sri Chinmoy about the Olympian medalist. 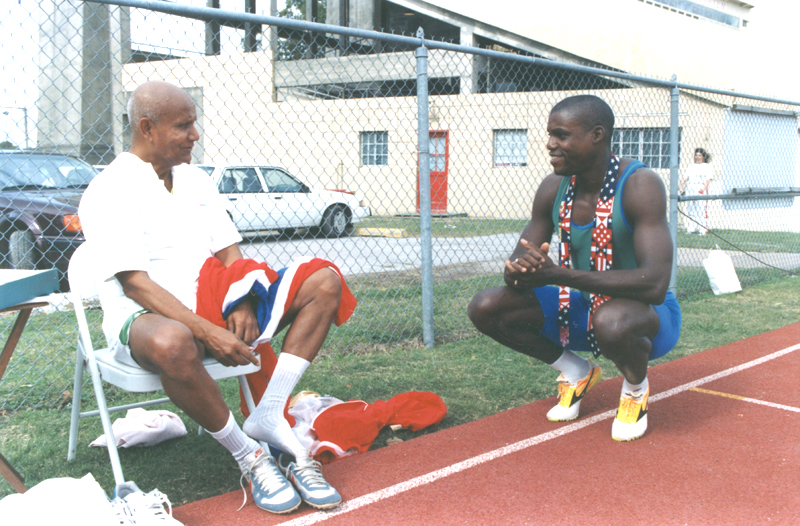 10 Triathlon Theme
An instrumental version of Sri Chinmoy’s fanfare for this multi-endurance event.

“I love my great Triathlon.
It shows my heart the God-Vision Dawn.
I swim in the sea of silver light.
I cycle along the road of gold Delight.
I run with the Smile of the Beyond.” 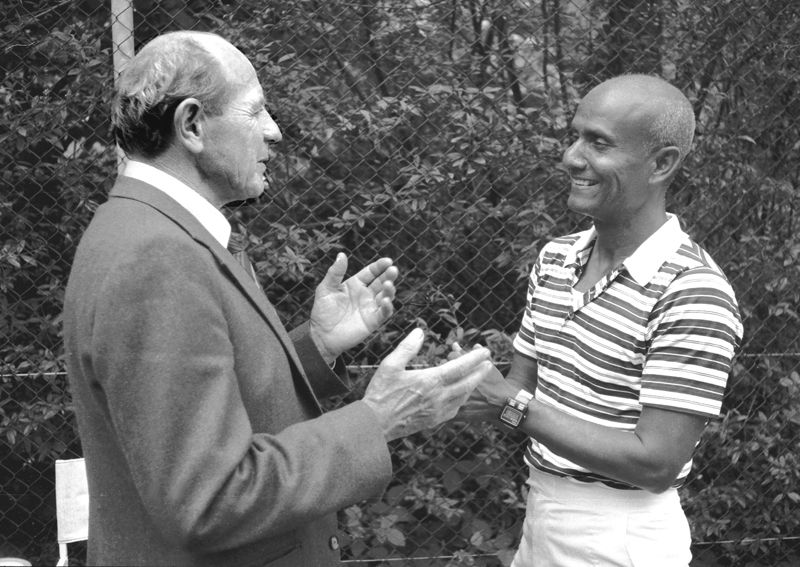 12 Zátopek/Yeter Medley
Two quotes by Emil Zátopek, 1952 Olympic triple gold medalist, and one song dedicated to Cahit Yeter, ultra-runner.
(1 – If One Can Stick th the Training; 2 – You Must be Fast Enough; 3 – Brother-Friend Cahit.”) 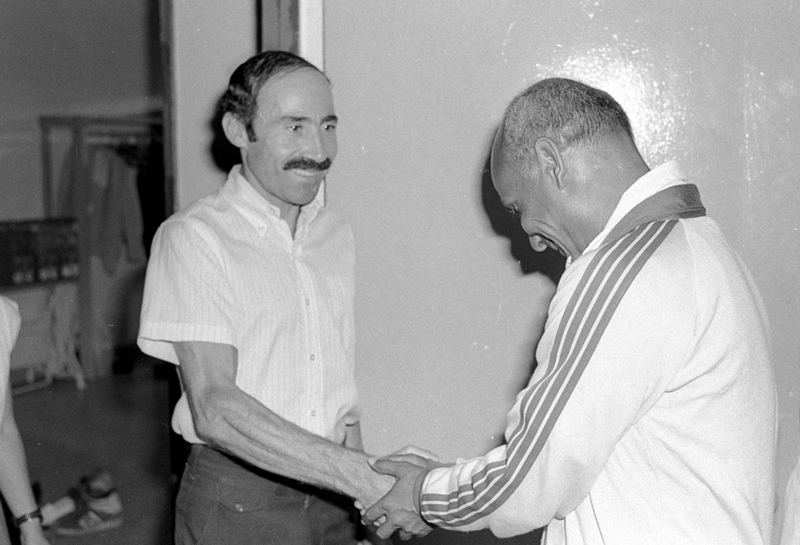 13 Carl Lewis Medley (quotes by Carl Lewis)
(1 – I feel I Can Run with Anybody and Jump with Anybody; 2 – I Expect Big Things from Myself; 3 – What Other People Call Pressure, I Call Inspiration)

14 I have Won
A triumphant declaration of oneness with aspiring heaven and earth, written for Sudhahota Carl Lewis after his 1984 Olympic sweep.

“Mother Earth,
I am her supreme choice,
Father Heaven,
I am His God-fulfilled voice.”

15 Run and Become Finale
A short yet powerful statement which forms the core of Sri Chinmoy’s running philosophy:

“Run and become.
Become and run.
Run to succeed in the outer world.
Become to proceed in the inner world.” 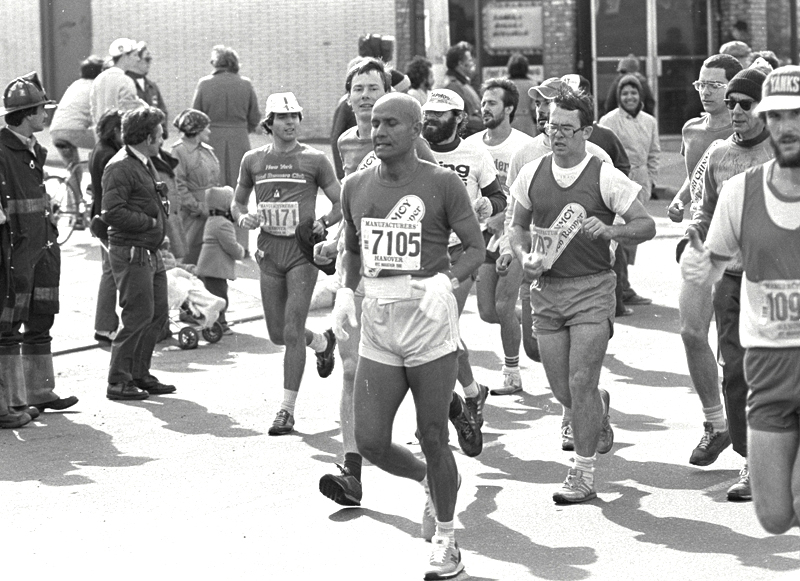 We have 14 other pages containing uploaded tracks by Premik. View all pages »