A selection of song arrangements by the Canadian group Sangit Surabhi recorded during 2010 to 2012. These performances offer a beautiful and joyful interpretation of Sri Chinmoy’s music.  The recordings also draw inspiration from folk music, classical chamber music and eastern percussion.

The name Sangit Surabhi, is Bengali and means The Fragrance of Music. This group has regularly offered concerts since 2007, as well performing during meditation classes and workshops given by the Sri Chinmoy Centres in Canada.  Their concerts are performed free of charge, following in the self-giving spirit of Sri Chinmoy. This recordings is a compilation from some of their most recent concerts from.

Other recordings of Sangit Surabhi at Radio Sri Chinmoy 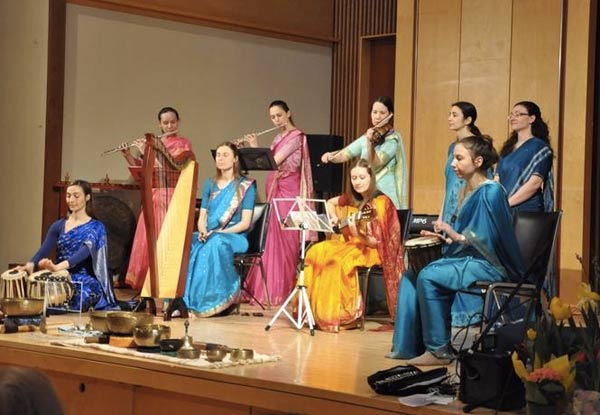 We have 8 other pages containing uploaded tracks by Sangit Surabhi. View all pages »