This is a recording of ten songs, sung by Sri Chinmoy accompanied by the harmonium. This album, originally released on cassette format, was  recorded in the 1970s in San Francisco, and is the first of four albums.

This album contains some of the classic songs from Sri Chinmoy’s early canon of songs – including Jiban Debata, Age Nahi Bale and Phule Phule.We hope you enjoy the sweetness and inner beauty of these devotional songs, which resonate in our spiritual heart. 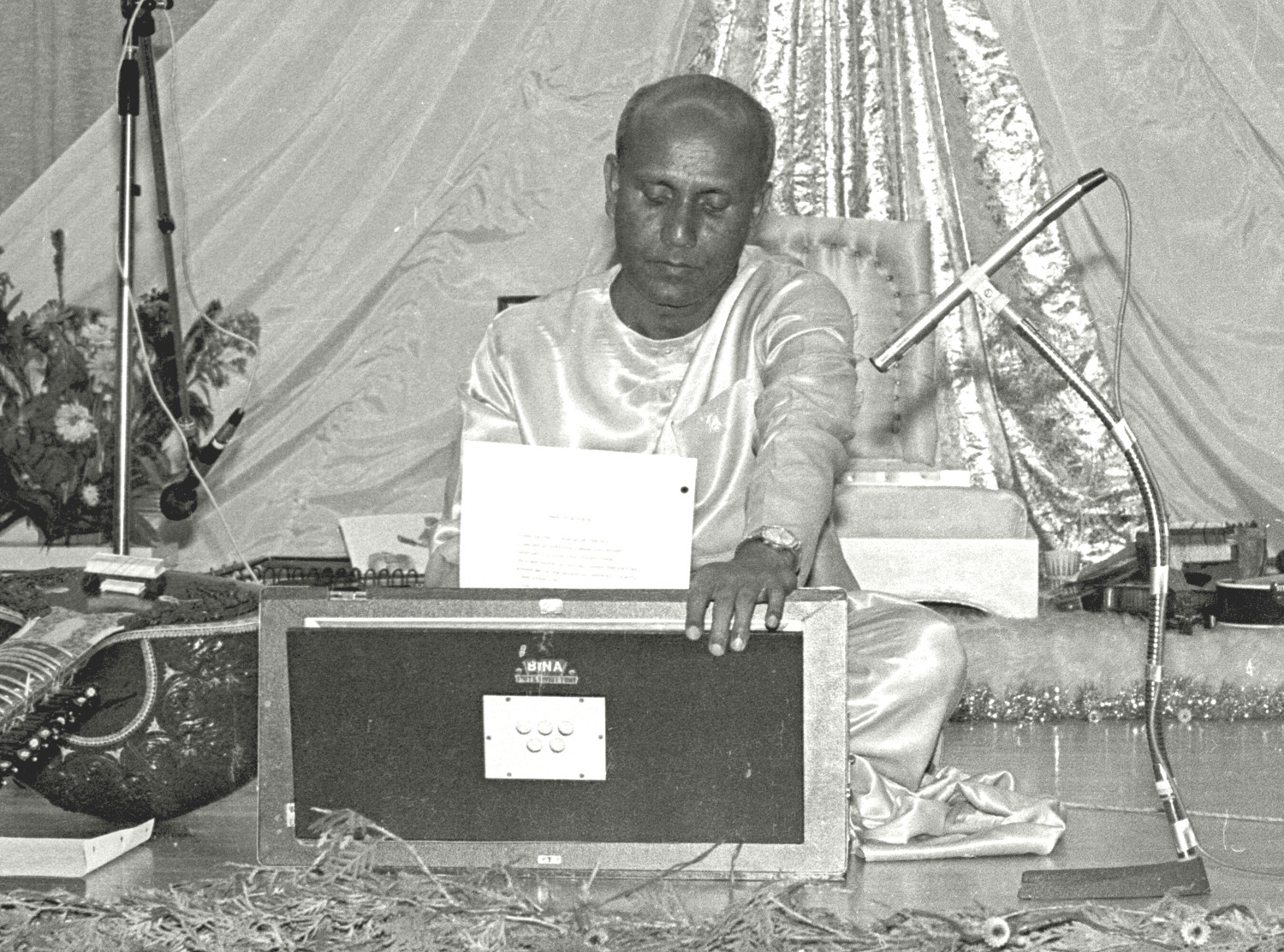 Sri Chinmoy Day in Queens
Earlier on the morning of Sri Chinmoy’s birthday, August 27 1976, there was a ceremony presided over by Councilman Morton Povman to mark the official proclamation of “Sri Chinmoy Day” by Queens Borough President Donald R. Manes.

“In recognition of the teachings, leadership and contributions of Sri Chinmoy”.

In addition, Sri Chinmoy received a letter of official appreciation from Mayor Beame for his many dedicated offerings to the city.

During the ceremony, Dulal, president of the Sri Chinmoy Centre, read out a birthday greeting from Mayor Beame, in which the New York leader expressed to Sri Chinmoy “the official appreciation of the people of the City of  New York.” Councilman Povman said on the occasion:

“It is with a feeling of great joy and deep humility that I am with you today to celebrate the 45th birthday of Sri Chinmoy. I believe very strongly in what Sri Chinmoy stands for. He offers the people of the world a great understanding and insight into things which we have not really dedicated ourselves to: namely, a greater feeling in each of us for the world around us, a grater feeling in each of us for one another and a greater feeling for what we are to ourselves. Sri Chinmoy is a great teacher, a poet, an artist. He offers to the entire world a greater hope of what this world can aspire to.

I have been following his career for the last four or five years. I have attended some meditation sessions and some of his events that have taken place, and I feel that he has done a yeoman’s service on behalf of mankind, particularly right here in Jamaica. This area, which was once decaying, is now a place of birth, place of joy, a place of happiness. If we can take the experience of Jamaica and spread it throughout Queens, the city of New York, the state, the country and the world, we could change the entire world.” We have 72 other pages containing uploaded tracks of Sri Chinmoy singing his compositions. View all pages »