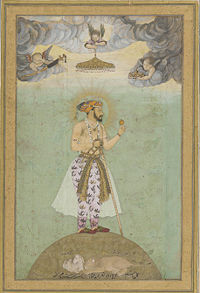 Hello everyone. Welcome back to Inspiration Sounds and to more stories from the heart of the world. This week we feature stories on the life of the great Mogul Emperor Shah Jahan, who ruled in the Indian subcontinent from 1628 until 1658. He was the fifth Mogul emperor and was a favourite of his grandfather Akbar.

Shah Jahan’s Thirst
Out on an expedition with some of his friends, the Emperor Shah Jahan becomes separated from his party and is crippled by thirst in the midday heat. An old man comes to his aid, but he doesn’t know that the man he is helping is the Emperor.

The Muslim Mendicant
Shah Jahan enlists the help of a notable mendicant for spiritual guidance, but the mendicant claims that he is not worthy for such a task. He merely responds to Allah’s call.