Sundar Dalton, a student of Sri Chinmoy since 1970, gives us a few recollections of how Sri Chinmoy’s service to the running community started from very simple and humble beginnings, and grew over the years to organise some of the world’s longest and most challenging running races. 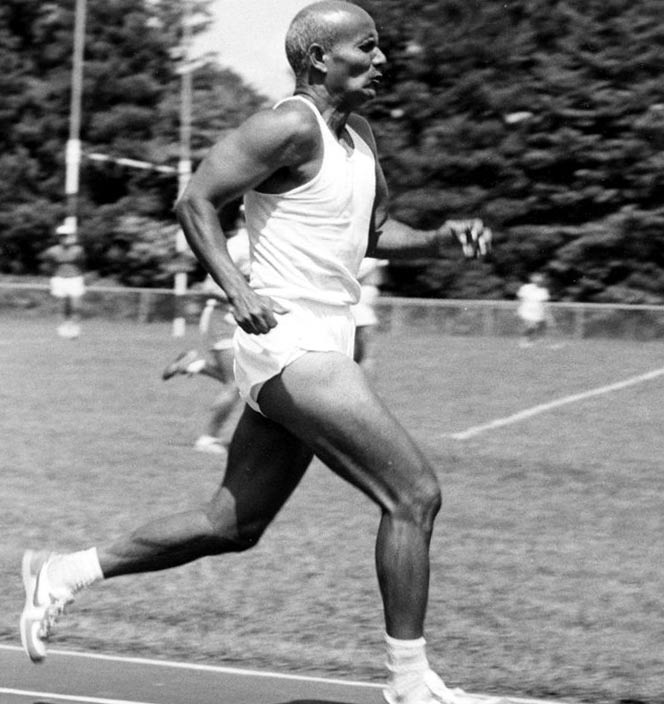 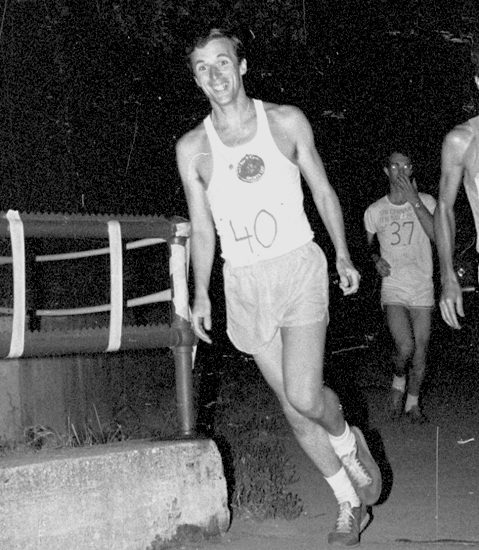 Originally from Northern Ireland, Sundar first saw Sri Chinmoy when he gave a lecture in Trinity College, Dublin, where Sundar was studying. After completing university and spending some years in Paris, Sundar moved to New York where he still lives. He was one of the faster runners in the Sri Chinmoy Centre over shorter distances, and also participated in many longer races, such as the marathon and the 47 mile race that took place every August on Sri Chinmoy’s birthday. He helps to manage the weekly 2-mile races that the Centre organises in Queens on Saturday mornings, and is the race official on duty on Sunday afternoons for the world’s longest certified road race, the Sri Chinmoy Self-Transcendence 3100 Mile Race, which takes place from mid June until early August. 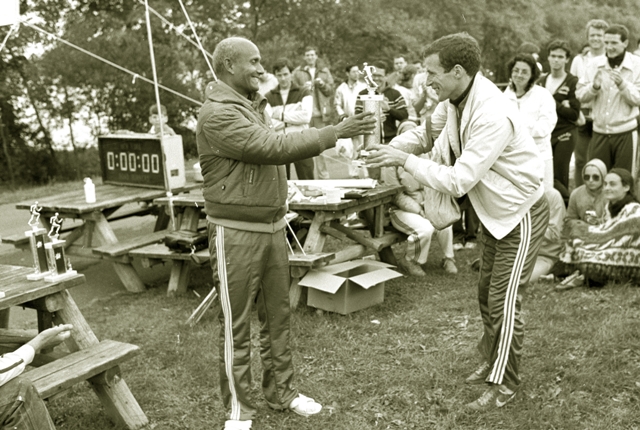 Sundar receives his trophy from Sri Chinmoy, after placing in a race in Rockland Lake State Park, 1981

Sundar talks about Sri Chinmoy’s own love of running, and his relentless quest to improve his running times and technique through all kinds of ideas. He also gives a sense of what it was like to be in New York during those days, when it was a lot different than now. New York in the 70s: Sri Chinmoy looks on as two police officers escort a suspect from the subway. Sundar mentions this photo when describing what New York was like 30 years ago. 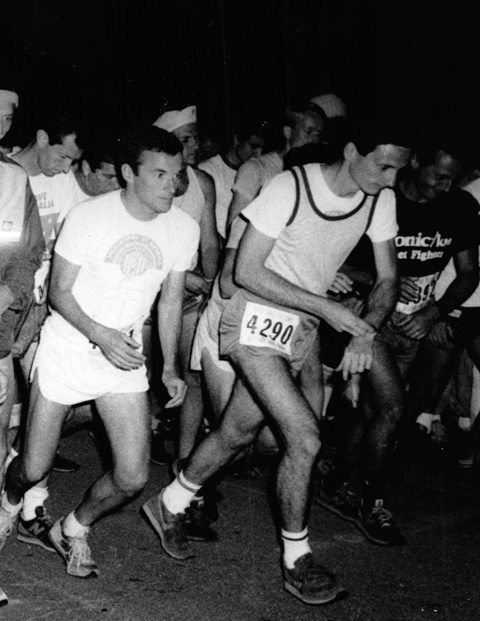 Sundar at the beginning of the 50 mile race in 1981, a one-off extension of the 47 mile race to mark Sri Chinmoy’s 50th birthday that year

Sri Chinmoy was an athlete ever since his teenage years – sprinting especially was his forte, and the community where he spent his formative years viewed athletics as an integral part of the spiritual discipline there. When he came to New York, and the Sri Chinmoy Centre was in its formative years, the initial sporting activities consisted of track and field days. Later, Sri Chinmoy and his students became involved with long-distance and ultra-distance running, and in 1977 founded the Sri Chinmoy Marathon Team to put on races for the public. A few years later, the Marathon Team started putting on multi-day ultra events, and in 1997 put on its first edition of the 3100 Mile Race.

We have 4 other pages containing uploaded tracks of Stories. View all pages »