Vaster than the Sky – Arthada & Friends

‘Vaster than the Sky’ is the seventh album by Arthada & Friends – which contains an ensemble of soulful singing and instrumental backing. Their music captures both a depth of devotion, but also a lightness of spirit. Arthada & Friends is based in Austria, and have played in many venues around the world.

The album contains 13 studio recordings, plus one live performance.

The title track is a beautifully simple English song entitled.

The other songs on the album are in Bengali (Sri Chinmoy’s mother tongue) On this CD, Arthada & Friends bring forward the soulfulness of the music with their instruments and singing. Track number six is ‘Nirab amare’ – a well known classic song of Sri Chinmoy. The English translation gives a hint at the wonderful poetry and devotion within Sri Chinmoy’s music.

Silence me,
O Self-transcendent and Self-amorous One.
Silence me!
I shall before long start worshipping You
Inside the very depths of my heart
And You will keep me always
In Your fond Embrace. 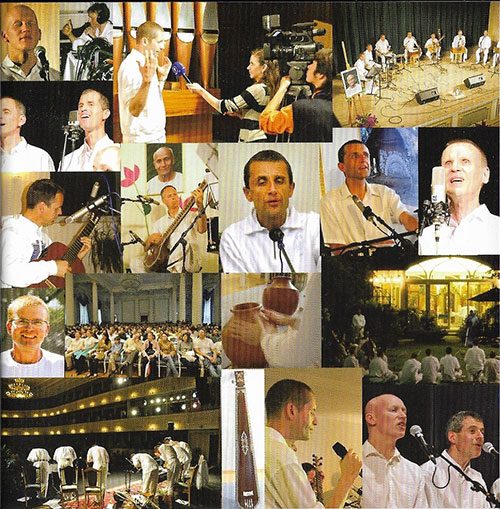 Arthada & Friends is a group of mainly Austrian musicians who have followed the yoga path of Sri Chinmoy for many years. They arrange the devotional compositions of their spiritual Master for performance on a variety of Eastern and Western instruments. The male ensemble was founded in April 1992 and has performed on stage in 18 European countries in Asia and in America. It’s members include: 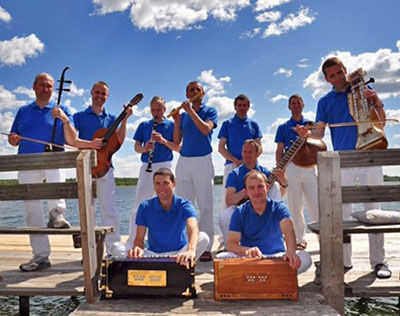 More about Arthada and Friends

We have 7 other pages containing uploaded tracks by Arthada and Friends. View all pages »