A recording of Sri Chinmoy’s songs, arranged by Valery Piankov and performed in Moscow by the Academic Grand Choir Masters of Choral Singing, conducted by Lev Kontorovich

Dear listeners, it is with great joy that we bring you a soulful and masterful performance by The Academic Grand Choir Masters of Choral Singing. Under the direction of Lev Kontorovich, sixteen arrangements by Valery Piankov of songs by Sri Chinmoy have found a worthy home in the gallery of world art. This choir is both majestic and subtle, powerful and sweet; in short, all the possible shades of musical color are found in this masterful performance. We hope you enjoy this delightful offering as much as we do.

Here are the jacket notes:

“In June 2006, Sri Chinmoy received a recording from Russian composer Valery Piankov. It contained a performance of Piankov’s ‘Opus 51, Spiritual Hymns’- intricate arrangements of a dozen of Sri Chinmoy’s songs, expertly sung by an unaccompanied mixed choir conducted by Lev Kontorovich. The recording was made a month earlier at the Gnessin Russian Academy of Music in Moscow, where Piankov was professor of music composition, and where Sri Chinmoy himself had performed two years earlier.”

“Upon listening to the recording, Sri Chinmoy said that both the choral arrangements and the singers pleased him to an unprecedented degree. He then made an admittedly uncharacteristic remark: he said that Piankov’s achievement would remain unparalleled. He immediately made a thousand copies of the recording for his disciples, withholding two of the compositions for revision, and named the CD The Fulness-Heart of Oneness-Songs. The Sri Chinmoy Centre in Moscow also produced the CD; in addition, they published a songbook containing the ten arrangements.”

“Seven years later, 16 new arrangements by Piankov, again based on Sri Chinmoy’s songs, were performed in Moscow. The occasion was a public concert at the Gnessin Academy organized by Piankov to celebrate his 30 years of teaching there. This CD contains a recording of that concert.” 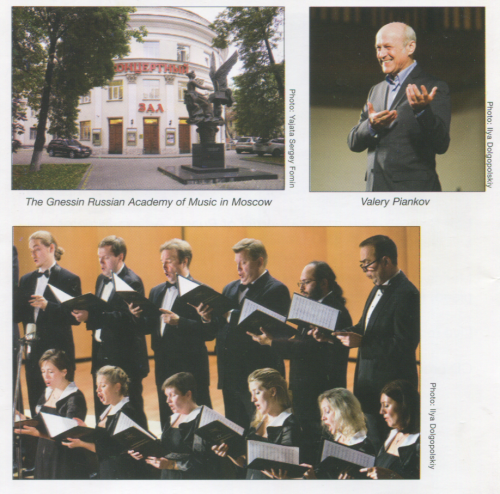 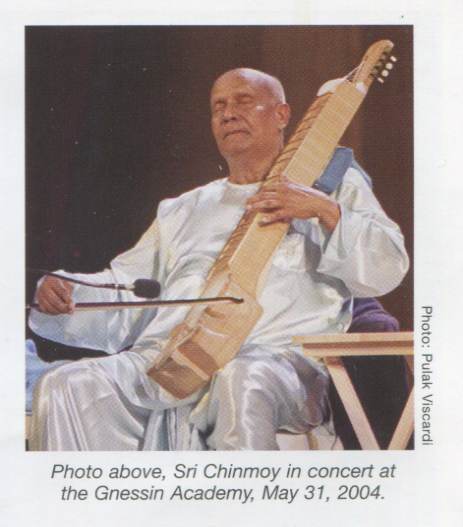 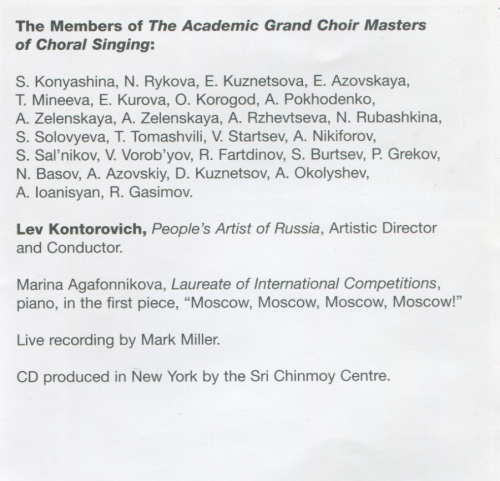 We have 297 other pages containing uploaded tracks by Sri Chinmoy Centre. View all pages »